Sheryl Sandberg has increasingly been in the media across the globe recently and not because of her job at Facebook.  Her book, Lean In, which was released earlier this month on 11th March has been gaining attention due to the topics she touches upon. She also graced the cover of TIME magazine (above) with controversial but amazingly strong text accompanying her cover.… Read more 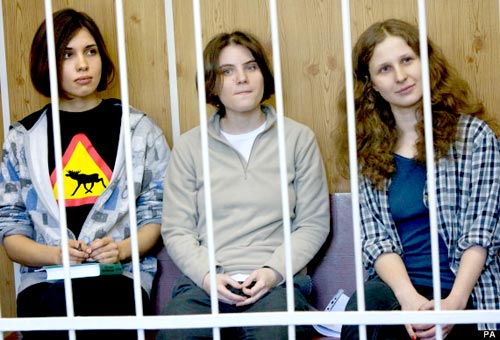 Pussy Riot are a three-member female band from Moscow, consisting of Nadezhda Tolokonnikova, 22, Maria Alyokhina, 24, and Yekaterina Samutsevich, 29. The 3 young Riot Grrrls were arrested in March due to a performance at Moscow’s Christ the Savior Cathedral in protest against the return of president Vladimir Putin, which sparked controversy.